BioOrg: your next cleaning team is microscopically small

"Micro-organisms were already being used for the remediation of waste water and contaminated soil. We examined how their natural metabolism could be used in a living and working environment."

Before he founded BioOrg with Filip Willocx, Koen De Koster was the owner of a company in the technical maintenance sector that carried out industrial cleaning. "Cleaning as we now know it no longer fulfils the needs of today.", explains Koen De Koster. "It is a very labour intensive process that principally creates an illusion of cleanliness. The excessive use of chemical cleaning agents also creates pollution. All micro-organisms are killed (even the ones which help create a clean environment) but only a few are problematic for health. 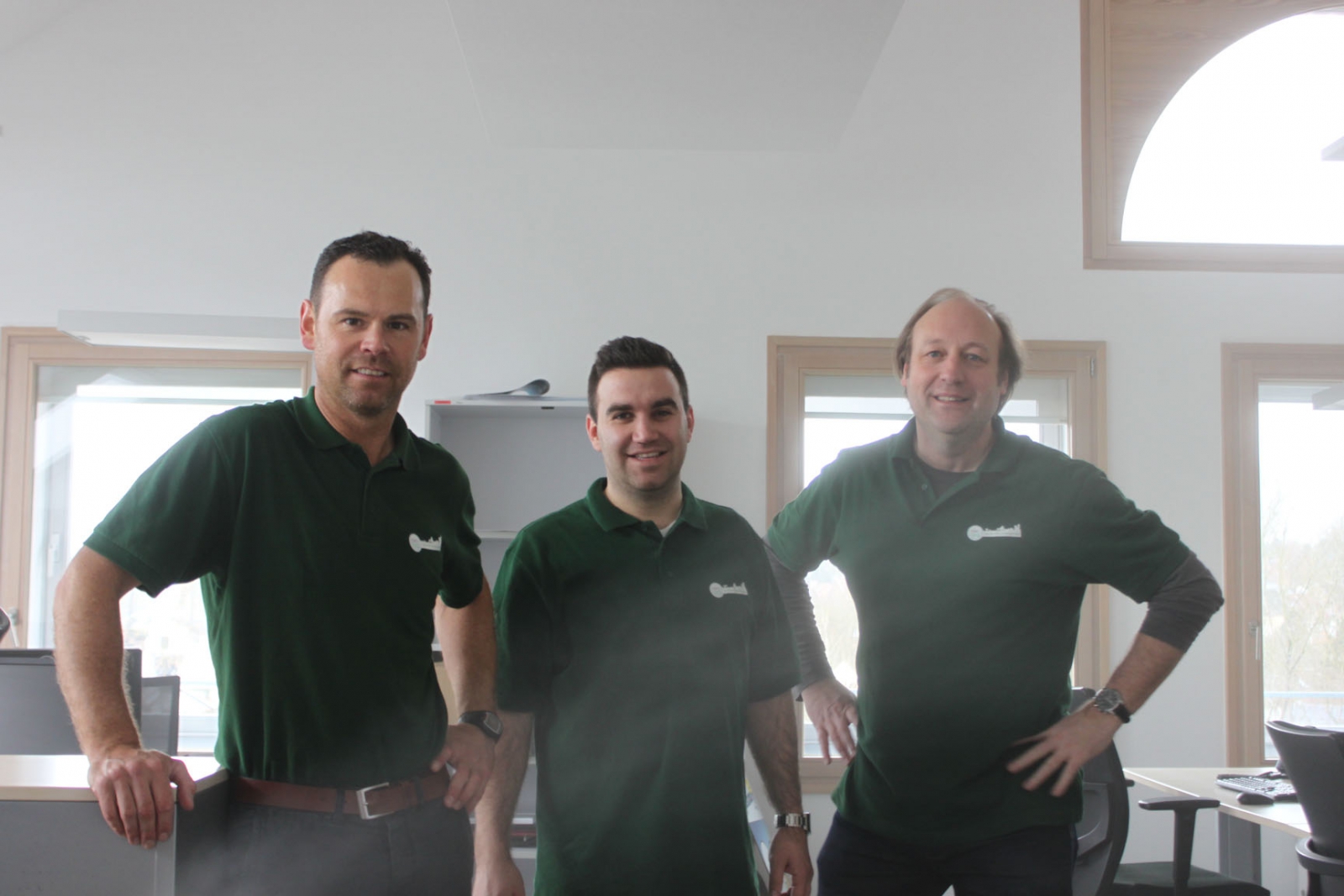 Long before 'Biomimicry' (finding inspiration in nature in order to resolve modern day problems) became a well-known concept, Koen De Koster and Filip Willocx were looking into the world of micro-organisms. Many organisms had already been defined as having a cleaning metabolism. In actual fact, there was no reason that they couldn't be used for permanent purification processes in industrial installations (e.g. cooling), but also in people's living and working environment.

"Actually, we didn't discover anything new, we simply channelled nature itself to a new field of application."

They rapidly realised that there was also a potential to surf the 'green' wave of 2008 too and, who knows, maybe to also instigate a U-turn in the sector. From chemical cleaning to permanent purification.

"What does our product look like now? We already had many years' experience of spraying liquids into the environment. We colonise a room with a microbial community, using a sprayer to distribute them throughout the room. The right mix of micro-organisms then tackle pollutants such as fine particulates, odours, allergens, chemical pollutants and even biofilms on surfaces such as walls, floors and tables, via a process of permanent purification. The microbial community is one element of our product that we investigated in great depth; we also worked intensively for two years on the device that sprays the entire building." 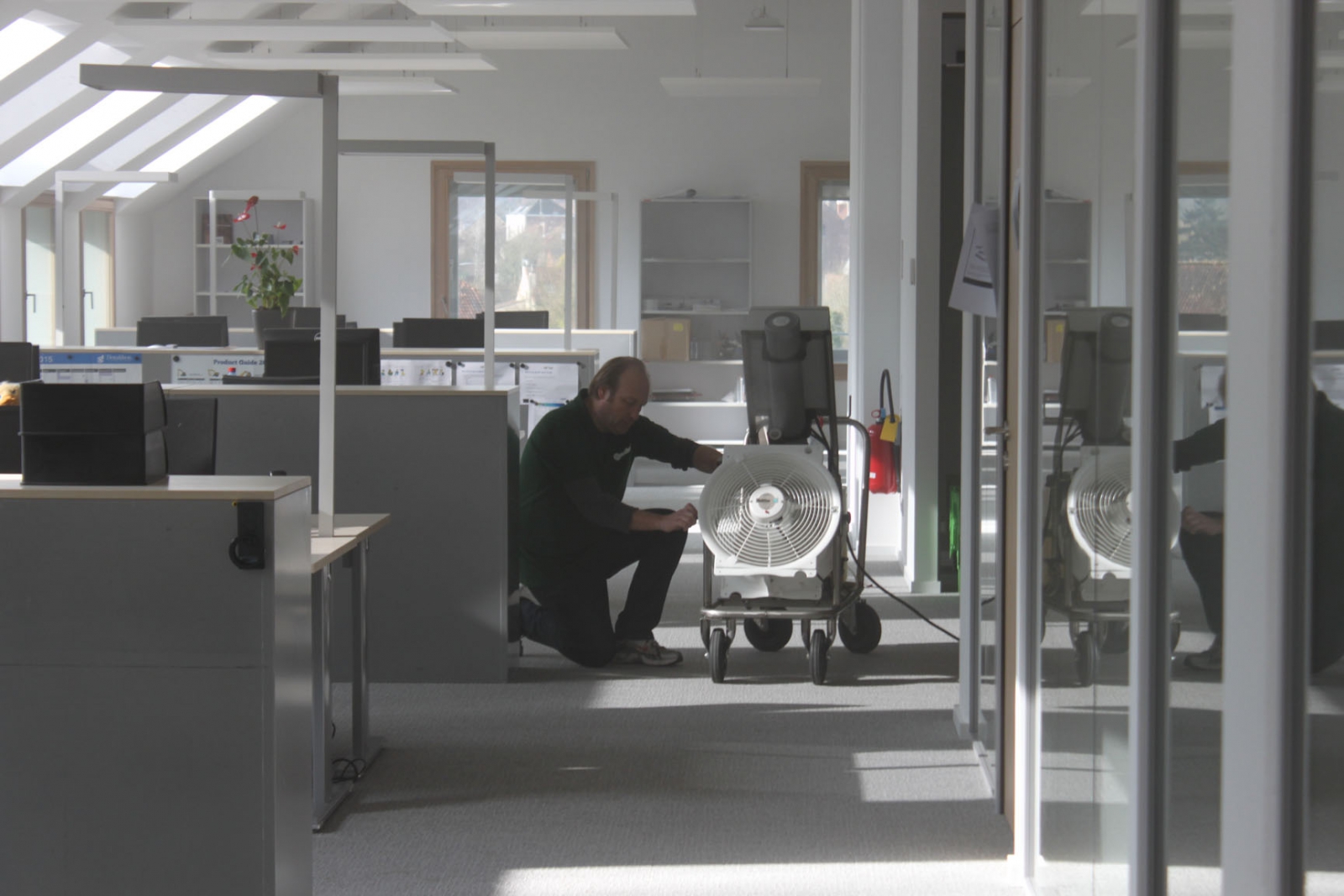 The starting point of the commercial tale was a fire in an important European commission building in 2009, the Brussels Berlaymontgebouw. After remediation, there was a stubborn odour as a result of a huge amount of smoke having penetrated the building via the air channels. Koen De Coster and Filip Willocx deployed their spraying technique in this setting for the first time.

"The result was that the odour was rapidly resolved without one single drop of chemicals, with limited manual labour and with the additional effect that a possible mildew explosion was avoided."

The microbial community also prevents hazardous micro-organisms being released. After this 'proof of concept', the BioOrg products, which can be referred to as a product/service combination, were internationally patented. The BioOrg range is the amalgamation of engineering, the liquids that bear the micro-organisms, the principle of spraying a microbial community, the customised programme and the after-care process.

What BioOrg does is replace "an excess of chemicals" with an "abundance of biodiversity" in order to combat pollution. "In hospitals, for example, we can tackle hospital bacteria with a deadly peroxide via spraying and then immediately afterwards use the right mix of micro-organisms to ensure a healthy internal climate."

The performance in terms of cleaning is not only visible but also invisible. The air quality, visual cleanliness, bio-balance, absence of fine particulates and chemical pollutants... improves by 80%.

Today, BioOrg's solutions are used by a wide range of clients: Brussels Airport, IBM, Agfa Gevaert, and also hospitals, care facilities and other large institutions which are frequented by many people. The big challenge is now to find additional applications, perhaps even applications for the consumer market, and communicate with a clear and unambiguous profile. The fields of applications are, in fact, endless. Micro-organisms can be used anywhere to provide man with permanent purification and health benefits too.