Magazines and newspapers can either be bought in printed form at newsstand kiosks, or they can be downloaded in digital form on a smartphone of tablet. Meganews Magazines combined both distribution models and came up with an interesting alternative…

Meganews Sweden AB, founded in 2011, started this unique project by carrying out the necessary conceptual studies and taking care of copyright issues. Next, the software, which is needed to control the automatic kiosk, went into development. Finally, all of these efforts culminated in the realisation of the first automatic newsstand kiosk. 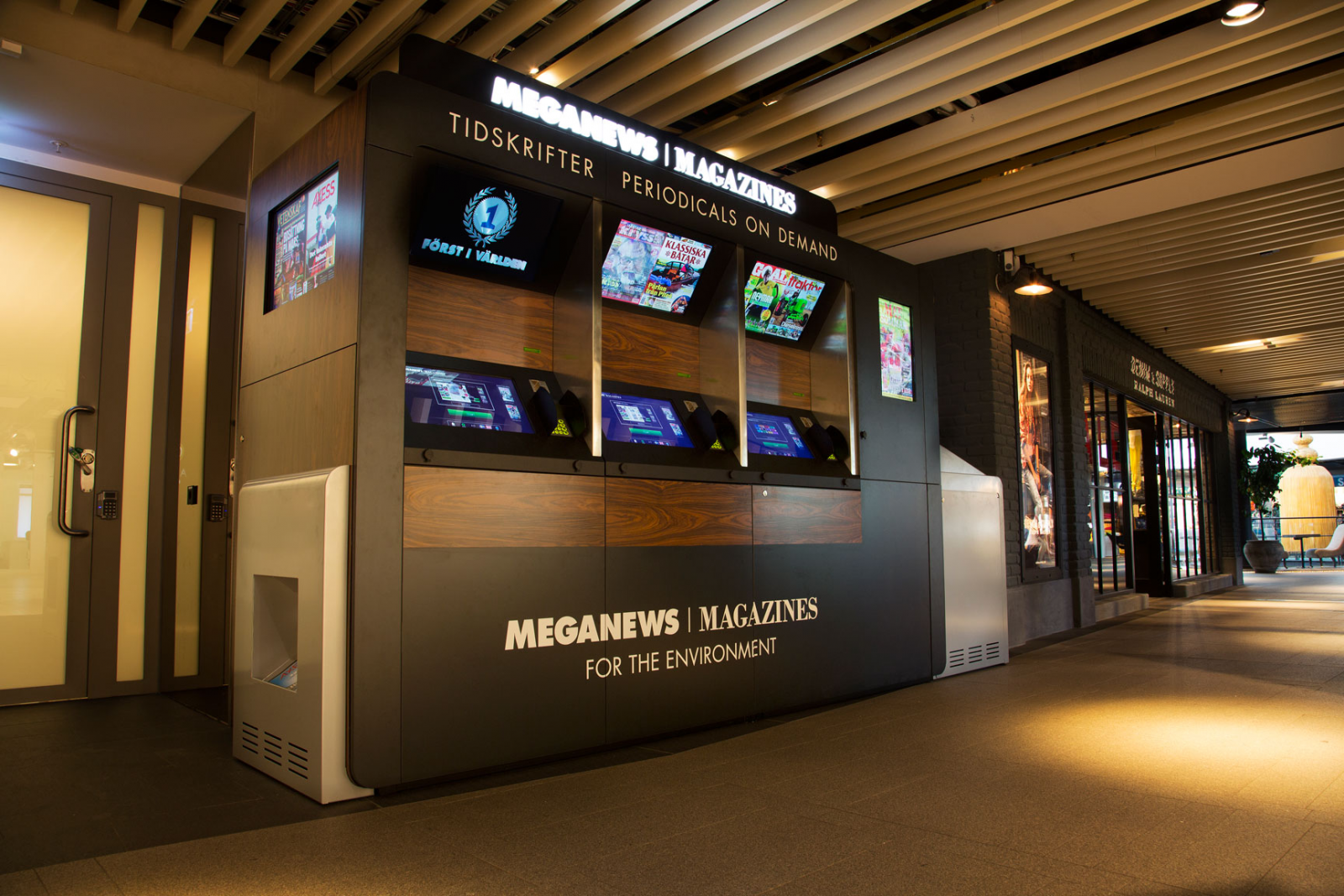 It’s a smart and sleek looking device which houses a large touchscreen as well as a specialised printing device. Using the large, easy to use built-in touchscreen, consumers get access to a collection of hundreds of magazines and newspapers. Once they have selected the magazine or newspaper of their choice, the magazine is printed within two minutes.

As all the system needs is paper and ink and a standard PDF, publishers from all over the world can easily join in, which means that the number of titles offered could grow explosively. Another plus is that the kiosk is ‘open’ 24/7. This is especially useful when the kiosk is situated in an airport, train station or hotel. 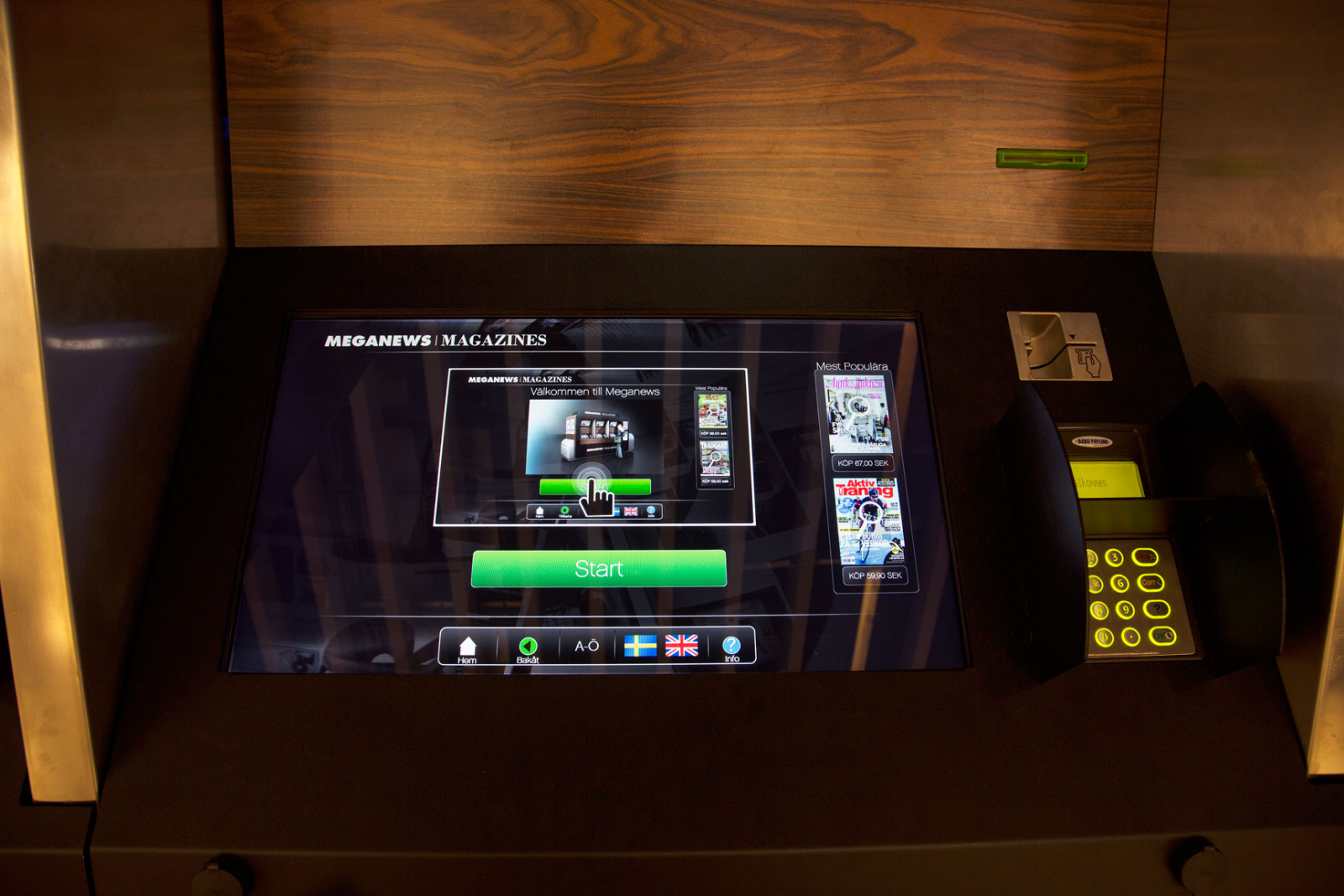 This is of course a totally different distribution model as opposed to the ‘classic’ newsstand, as the print-on-demand principle implies that every printed copy is sold. This results in an immediate positive environmental impact when compared to the traditional media distribution model, where about 40% of the paper volume never reaches the consumer. 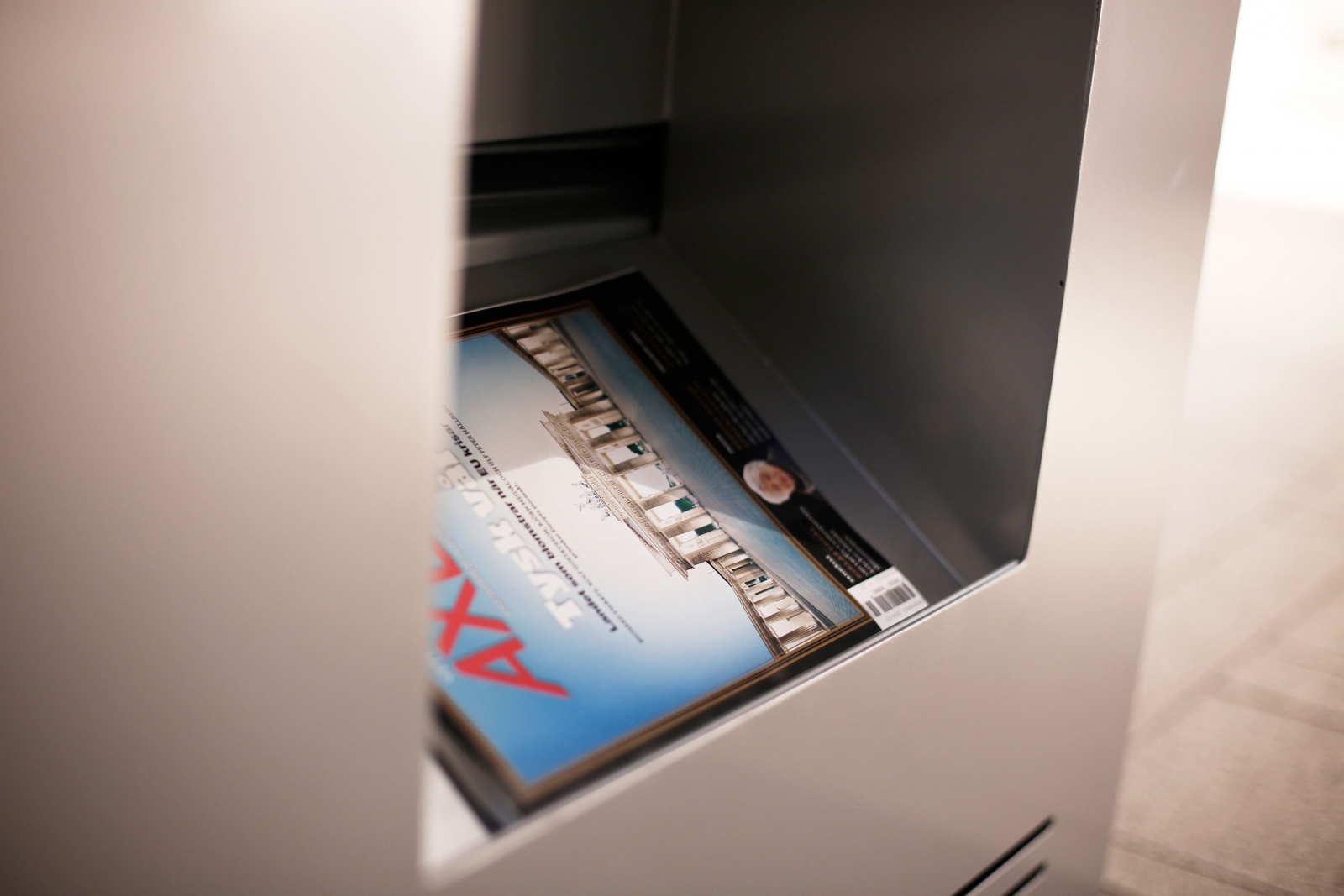 Innventia, a Swedish research institute, has analysed the environmental differences between a print-on-demand magazine and a magazine which is printed and distributed via the regular newsstand model. The analysis was based on an established life cycle analysis, meaning that all environmental impacts associated with the two models at all stages from cradle to grave were pinpointed. The study shows that the Meganews kiosk system results in a 60% reduction of greenhouse gases. Most of this difference is due to the volume of paper: print-on-demand implies that each printed copy is sold, while in the traditional magazine distribution model around 40% of the magazines remains unused and has to be recycled.