If you can’t open it, you don’t own it

Manufacturers of electronic equipment seem to discourage consumers to fix their devices, by carefully keeping the necessary parts and repair manuals out of sight. iFixit has successfully started a worldwide rebellion against this attitude…

The Apple-ish ‘i’ in iFixit suggests a link with the famous Cupertino based company. The link is there. Well, sort of. iFixit was founded in a dorm room at Cal Poly university in California, where the two founders were trying to fix an Apple iBook laptop. In the end they got the job done, but they had a lot of trouble finding the right parts. Moreover, there where no repair instructions available. 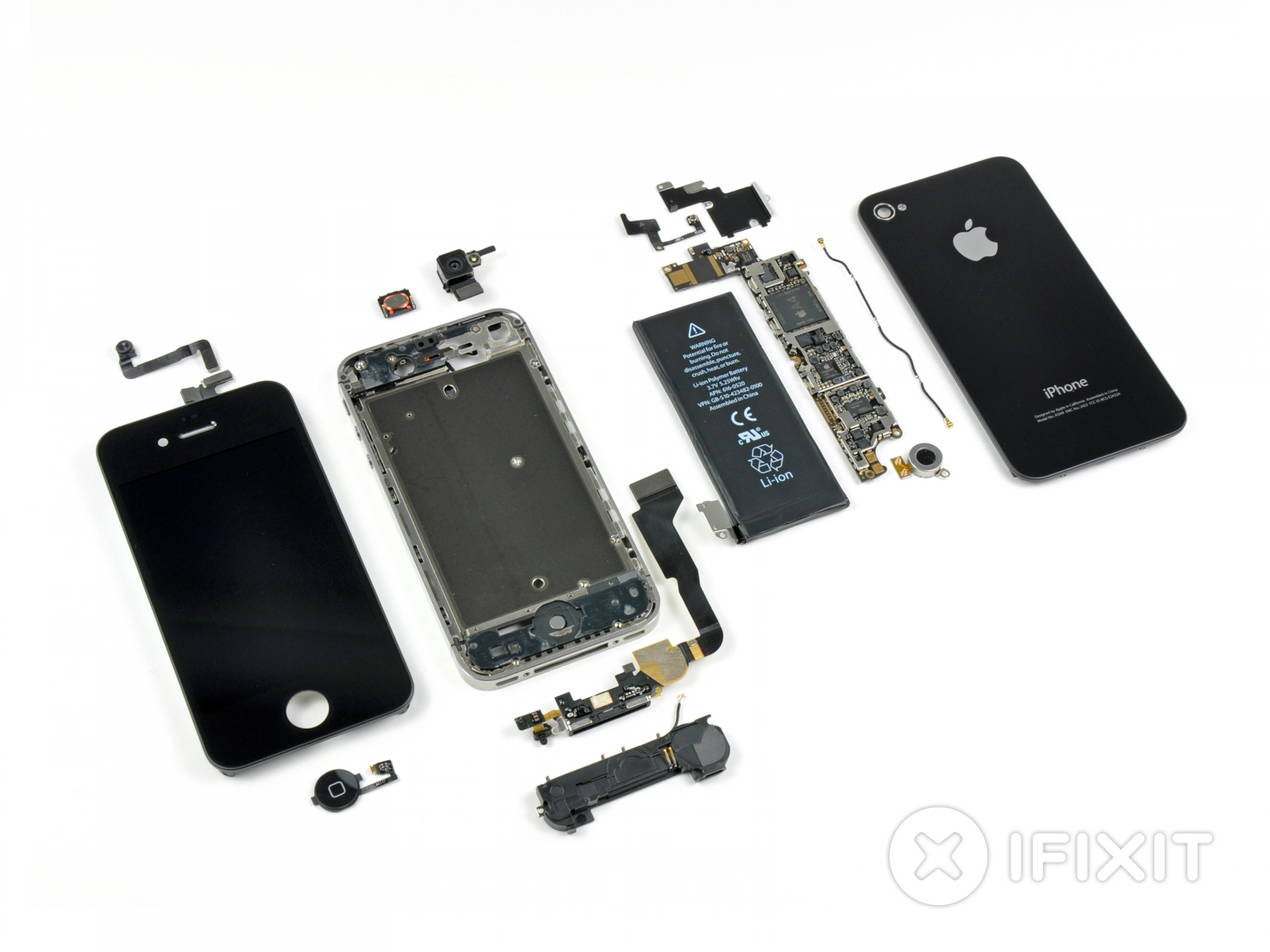 Later, they discovered that the difficulties they faced to find the right parts and the proper instructions weren’t just an Apple problem. In
fact, if you try to fix devices from almost any other electronics manufacturer, you will face the same problems. iFixit was born when its two
founders – Luke Soules and Kyle Wiens - decided to sell parts themselves from their online store. Later on, they added repair tools as well. 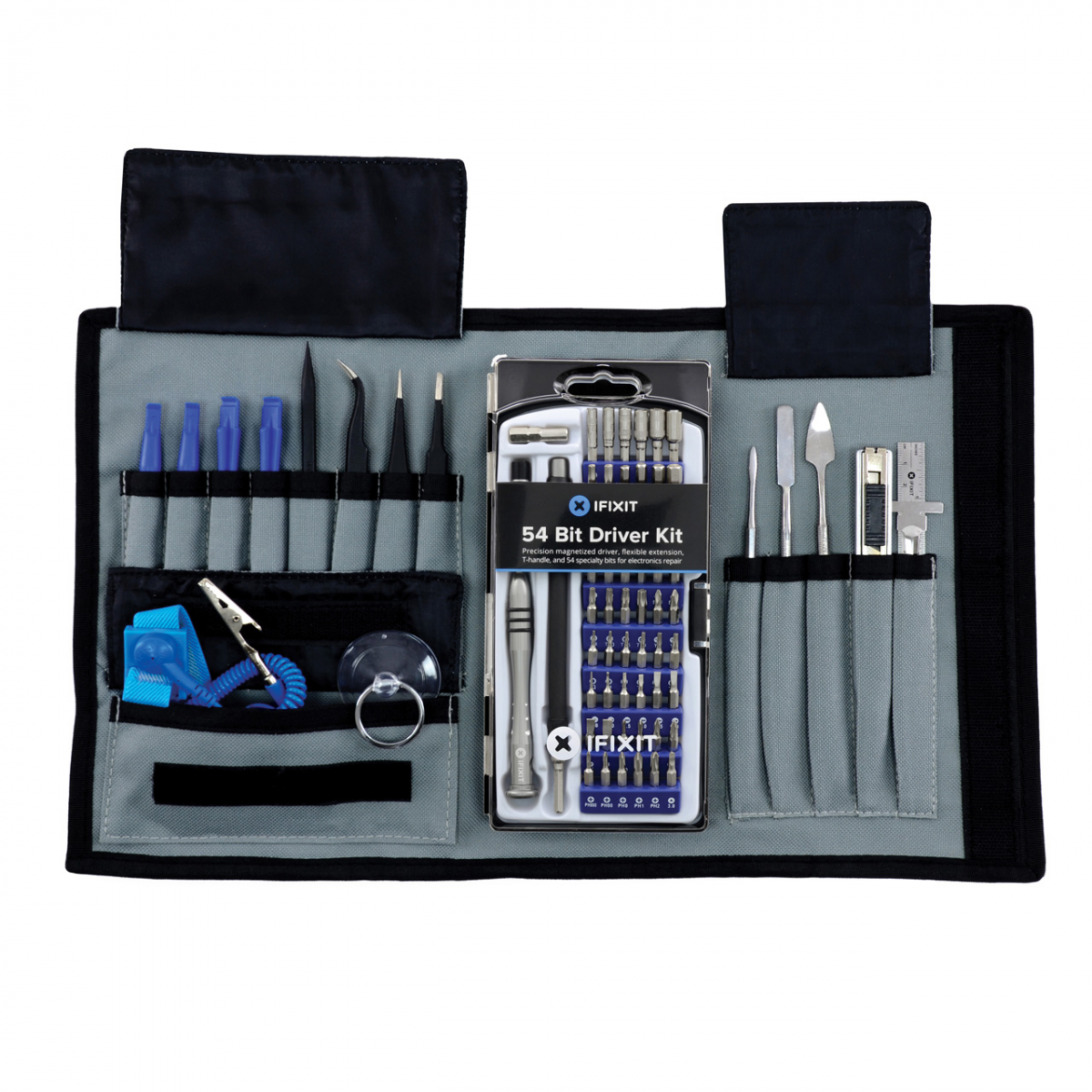 But that’s only half the story, because this didn’t solve the missing repair instructions problem. iFixit thinks it should be easy for people to learn how to fix things. Which is why they started to write instructions to repair a Mac. Why a Mac? Because that was the first device they had to fix after the decision to write instructions was made. They assumed that their customers would find their repair instructions useful, and they were right. Customer from all over the world are now able to fix their Mac, thus keeping them away from landfills and saving money.

Today, iFixit has a wiki-based library containing more than 19,000 free manuals. These were obviously not all created by the people at iFixit,
but they were compiled by the visitors – currently more than 160,000 – of the site. iFixit invites every visitor to write new repair manuals, or improve upon existing manuals. This way, the site – there’s also an app for iOS and Android devices - empowers individuals to share their
technical knowledge with the rest of the world. 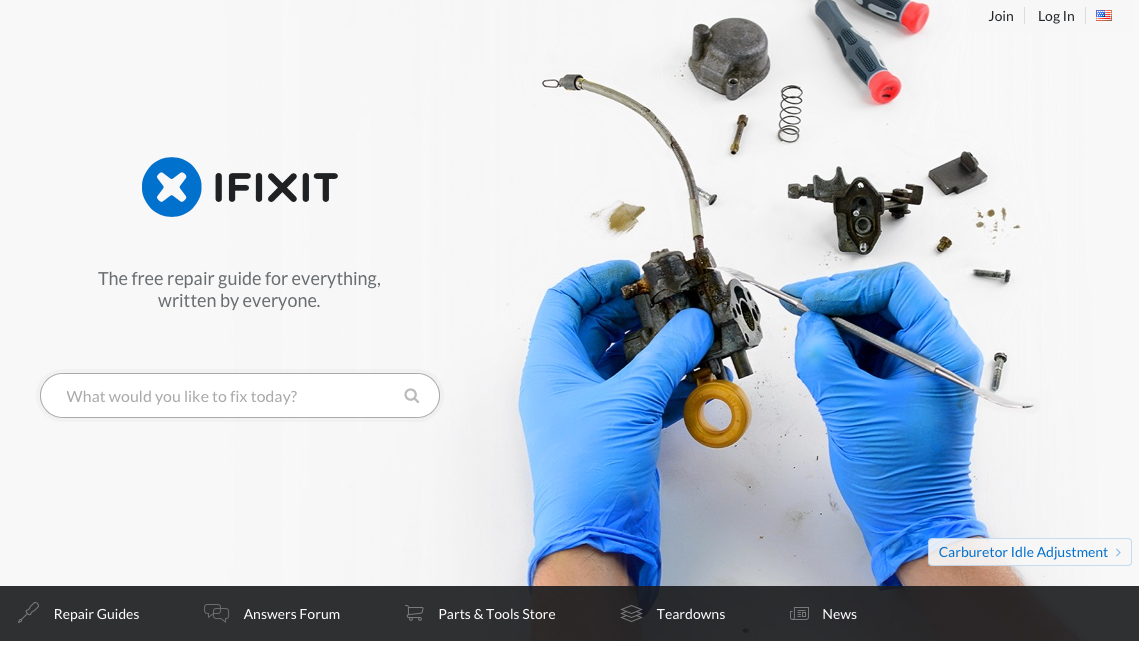 Repair is better than recycling
Making our things last longer is both more efficient and more cost-effective than mining them for raw materials.

Repair saves money
Fixing things is often free, and usually cheaper than replacing them. Doing the repair yourself saves you money.

Repair teaches engineering
The best way to find out how something works is to take it apart.

Repair saves the planet
Earth has limited resources. Eventually we will run out. The best way to be efficient is to reuse what we already have.