It’s hard to believe that two plastic slats – together they weigh less than 1 kg – are able to successfully replace the traditional wooden pallet. Still, that is exactly what the OptiLedge pallet is aiming for…

Initially, the OptiLedge pallet system was invented by IKEA. Today, the pallet system saves IKEA tens of millions on logistics costs and space. However, as it is not a part of Ikea’s mission to market products for the transportation sector, another company – Prokonpack – picked up the idea and acquired the rights to exclusively market and distribute OptiLedge throughout Europe. 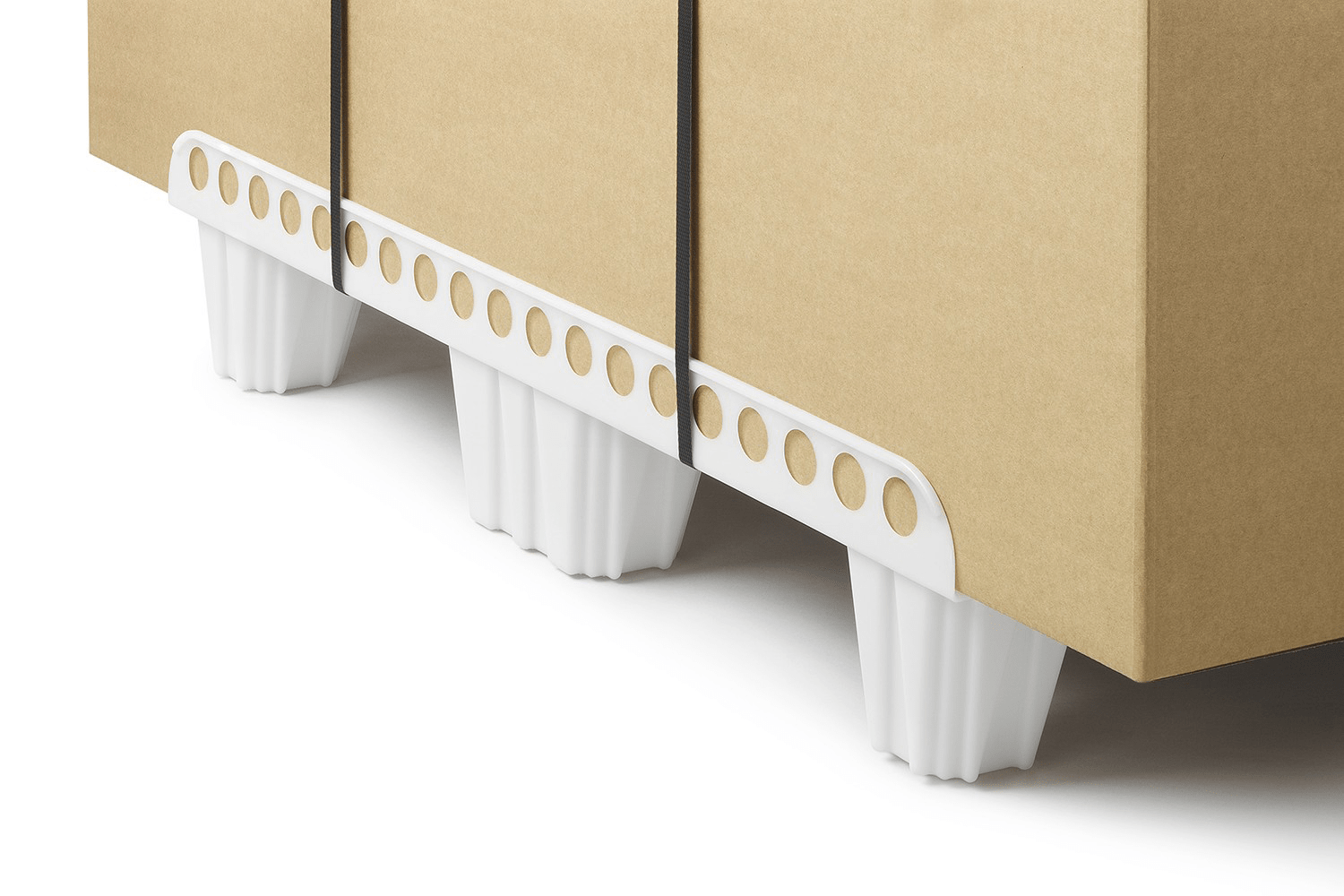 OptiLedge is a patented, plastic transport system, developed as an alternative for traditional wooden pallets. The system consists of two long, lightweight (900 grams/set) slats and a bottom plate. However, depending on the type of the goods, the bottom plate can be omitted. An OptiLedge pallet shouldn’t be bigger than the dimensions of the load, which obviously saves a lot of floor space.

One of the biggest advantages of the system is its extremely limited volume. Storing 182 OptiLedge pallets takes up no more than a single cubic meter of warehouse space. OptiLedge pallets are also considerably lighter than traditional wooden pallets, which results in significant transport savings. And yet the load capacity is no less than 1.350 kilograms. Furthermore, OptiLedge is easy to use, flexible, competitively priced and is not bound to fixed sizes. The system also meets all import and export requirements and is 100% recyclable. 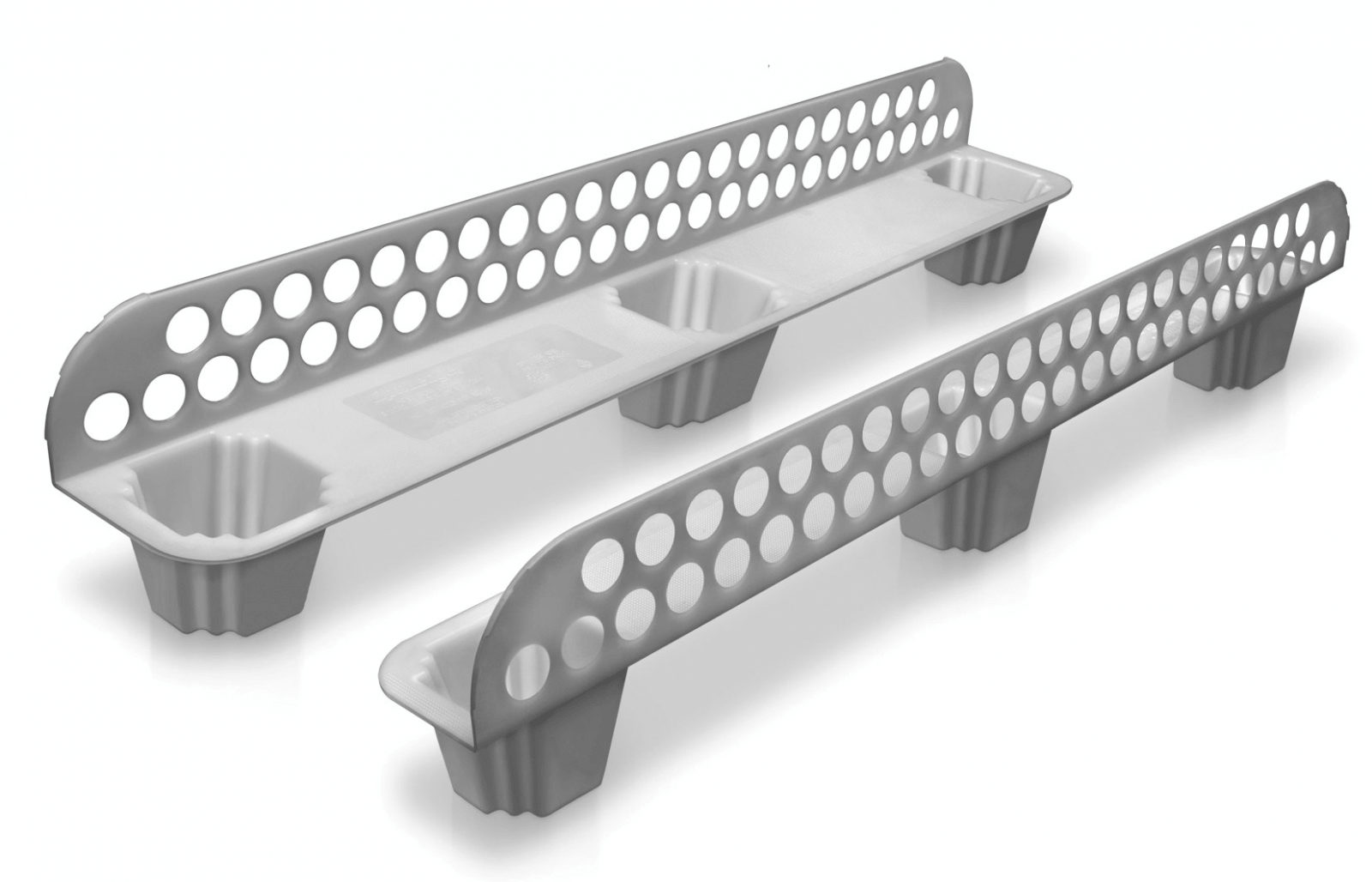 Transporting goods requires a lot of packaging materials. However, with OptiLedge, this amount can be significantly reduced. In The Netherlands alone, using OptiLedge could save up to 25 million cubic meters of wood. And when OptiLedge is used in stead of wooden pallets, the tare weight is significantly lowered, resulting in less CO2 emissions. 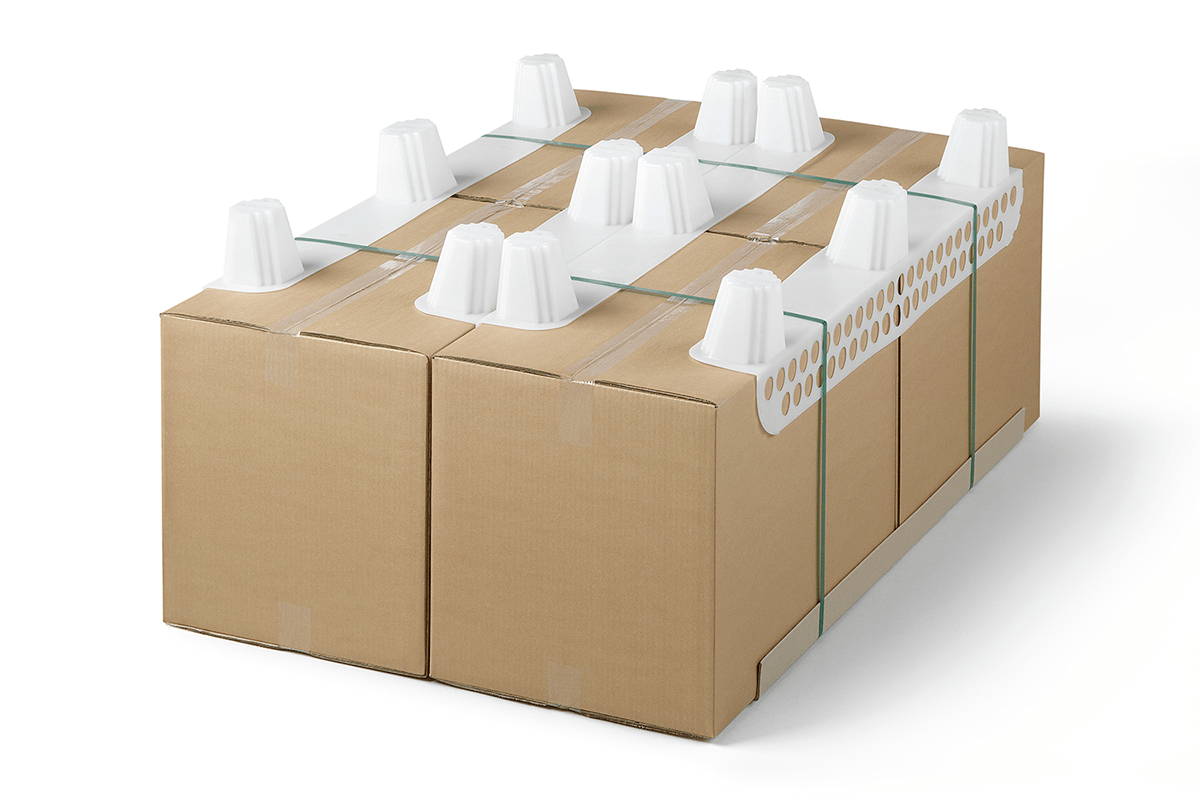 OptiLedge has won the Product Enlightenmentz 2013 sustainability award. According to the jury: “The design signifies a lot in the practical sense, despite or better yet, thanks to its simplicity. It has a big impact on society, because it’s used by IKEA, a big company that has an undeniable influence on the consumer.”